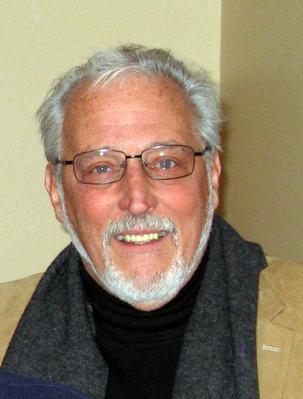 In 1970, Jim moved to Ocean City, New Jersey where he opened his studio.  Paintings, graphics, and sculptures flowed and lead to a private exhibit at the Ocean City Culture Arts Center.  The studio’s address changed as the years passed.  His works changed also, reflecting a passionate interaction of the environment and culture.  As a man, and an artist, he is ever seeking, with a great love, to capture every moment in his work that expresses all of life’s journeys.

It is Jim’s passion to have the viewer connect, to make us question our beliefs or prejudices in terms of environment, culture and soul.

Jim currently has his studio in Woodbine, New Jersey, where his passions are continuing to be expressed through his paintings, graphics, and sculpts.  He also designs and fabricates themed sets for the entertainment and amusement industry.

There were many influences that destined James “Jim” Melonic’s love for the arts.  As a youth living in Sewickley, Pennsylvania, Jim was greatly moved by the Russian Orthodox Church and its icons, paintings, and sculptures.  In many ways, it was the spiritual power of the icons that made him question our divine and earthly nature.

Jim’s artistic gifts were evident early in life.  He attended Quaker Valley, a prestigious blue ribbon school in Sewickley for both his primary and secondary years.  In the sixth grade his art teacher chose to mentor him, and continued that relationship until graduation in 1965.  In the ninth grade, Jim was accepted into the gifted program for promising teens at the Carnegie Mellon University, and during those years received several of the prestigious Kufmann Awards.

After serving in the Navy, he attended the Ivy School of Professional Art in Pittsburgh, Pennsylvania. There he studied under two artists, Marie Tuicillo Kelly, a teacher of process, whose work was in the Smithsonian, and Walter Quarter, a Dutch master that enabled the mastering of line, light, and color.  These two provided Jim with a deepening of skills, and the awareness of art as a process through life, not arrival.